Giving workers the chance to become masters of their own destiny

Michele Ferrero Entrepreneurial Project includes commercial enterprises to all effects; their goal, therefore, is to earn profits. nonetheless, they act according to a “social” spirit because they aim to create jobs in the least developed areas of emerging countries.

Moreover, they implement projects and initiatives of a social and humanitarian nature, aimed at safeguarding the health and educational and social development of chidren and young adults in those countries, independently from achievement, or failure to achieve, positive balance results.

The Michele Ferrero Entrepreneurial Project launched its production activities in 2005 in Cameroon (Yaoundé), in 2006 in South Africa (Walkerville/Midvaal, Gauteng) and in 2007 in India (Baramati/Pune, Maharashtra).

With this pledge, the Michele Ferrero Entrepreneurial Project, targeting the communities where it operates, aims to not only provide its collaborators with an income that enables them to make a living for themselves and their families, but also to:
• share a strong sense of dignity with working men and women, offering them the possibility of becoming masters of their own destiny;
• provide professional training and working skills;
• foster a modern culture of industrial work.

The establishment of production plants provides opportunities for spin-off activities that involve local enterprises. Moreover, the production gives preference to the use of local raw materials: this leads to the creation of further jobs, triggering a virtuous spiral of economic development and wellbeing for the local community.

Social and humanitarian projects and initiatives

To date, the social and humanitarian initiatives on which the Michele Ferrero Entrepreneurial Project has focused their concern are child care in the health and education sectors.
These activities include the rebuilding and restructuring of public schools and nurseries, support to paediatric care centres for homeless children, seminars for young adults to raise awareness on the prevention of transmittable diseases. 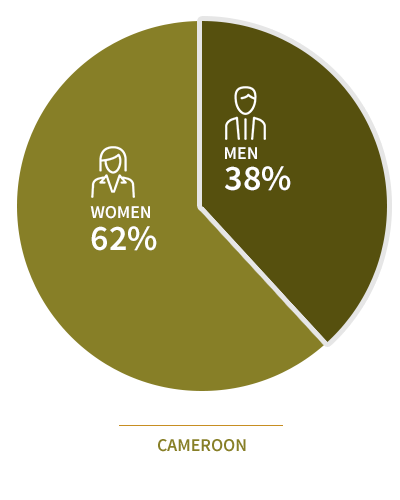 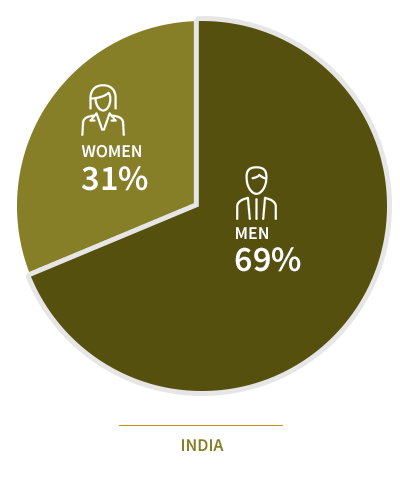 I was a housewife. I heard about the Ferrero Social Enterprises through a friend. I've now been happy working at Ferrero for seven years, and I am thoroughly satisfied with my job. I've been able to send my children to school without worrying about not being able to pay their fees.

The “Pietro Ferrero Kindergarten”, opened in Baramati on 14 November 2014, with a roofed surface of about 1,000 m2. It consists of 2 sections for the children under 2, 4 sections for children aged 2 to 5, a kitchen, an infirmary, toilets, storerooms and offices for the staff.

In August 2015, the nursery had an average attendance of 94 children assisted by a staff of 31, composed of teachers and child carers, as well as the kitchen staff, security and cleaners. The majority of parents were pleased with the progress shown by their children since attending the “Pietro Ferrero Kindergarten".

In particular, they recognised improvements regarding the children’s diet, based on their individual dietary needs, on medical and paediatric assistance provided as well as the quality of the educational and recreational activities carried out in the “Pietro Ferrero Kindergarten”.
Close

The Michele Ferrero Entrepreneurial Project continues to strengthen its interest in social and humanitarian activities, supporting children’s education and welfare. Projects such as building and restoring of a nursery and a primary school have been started in India, with Kindergarten Pietro Ferrero in Baramati, a 1000 2 able to host 120 children. In Cité Verte, Yaoundé, Cameroon, a primary school has been restored and a new block has been built.

The “Dedicated Social Fund” set up by the local branches of the Group, participating in the Michele Ferrero Entrepreneurial Project, is accrued each year with additional funding. This represents a percentage of the value of the estimated annual production volumes of the plant; such funds are thus allocated regardless of whether the branch itself has generated any profit.

The “Dedicated Social Fund” is then used – on a three-year basis – for the implementation of social initiatives and projects, in collaboration with local institutional authorities.

With the support of the Ferrero Foundation – which has extensive experience in social and philanthropic activities in support of early childhood – the social initiatives of the companies belonging to the Michele Ferrero Entrepreneurial Project aim at safeguarding the health, educational and social development of children and teenagers in the local communities where they operate.

A project offering educational support to children and young people hosted at the refugee camp at Gado-Badzere in the south-east of the country, on the border with the Central African Republic, has been recently finalized. The camp houses thousands of people who have taken refuge in Cameroon because of the war in Central Africa.

These include over 1,000 children, between the ages of 6 and 8, half of which do not go to school.
The project, implemented in collaboration with the United Nations High Commissioner for Refugees - a specialised agency that has already won the Nobel Peace Prize twice – has re-used some of the Ferrero EXPO 2015 pavilion structures (modules for residential use) to create four classrooms for children and young people.

Authorizations required for the building of a paediatric primary care facility near our plant, are being requested. Such facility will provide paediatric care to children in the local community and the children of employees who work at the Walkerville plant.

The project - which will reuse some of the Ferrero EXPO 2015 pavilion structures (modules for residential use) - will help also to improve the health care currently offered to the employees.

This website uses cookies, belonging to us or to third parties, for profiling purposes and to serve you ads in line with your browsing preferences and that may be of interest to you. If you wish to learn more on cookies, or change your browser’s settings on cookies (or prevent the website from setting whatever cookies), click here. If you close this banner, continue browsing or clicking any item on the website, you signify your consent to the use of cookies.